When we first heard about adventure runner Richard Bowles, we were simply amazed by what he achieved. And we were proud to learn that he trusted in our Source Spinner for his record-breaking runs. Today we are happy to support and sponsor his next project. Richard is running the full length of the Israel National Trail. That is 1,009 km the Richard Bowles way: in only 12 days.

This is how it all started: Richard Bowles chose a Source hydration pack for his record-breaking project in 2012. In just 5.5 months, Richard ran the equivalent of 127 marathons. He became the first person to run the world’s longest marked trail, the rough and remote Bicentennial National Trail (BNT) of Australia. The trail is 5,330 km long.

Running thousands of km with our Source pack

On the way, Richard traversed the treacherous Dividing Range Mountains from Melbourne to Cooktown, earning the reputation as a hybrid of Bear Grylls and Forrest Gump.​ And when he finished the BNT in October, he simply kept on running and also ran the 3,054 km of New Zealand’s rugged Te Araroa mountain trail in just 64 days. Why? Just because.

We were not aware of Richard and his projects back then. Not until we discovered him on the cover of the Outer Edge adventure magazine in late 2012. The picture showed him running with a Source Spinner Pro Race hydration pack. We simply had to get in touch with him.

Only then he told us his story, how the hydration pack of another brand couldn’t keep up und wouldn’t last, and how he got to appreciate his Source pack. How it kept him hydrated for thousands of kilometers.

Richards next project is supported by Source: The Israel National Trail

Today we are excited to sponsor and support Richards next ambitious project: In April he attempts to run the Israel National Trail (INT). That is 1,009 kilometers (627 miles) across Israel from south to north. The challenge he set for himself: to do it in only 12 days! Supported by Source and in cooperation with the Society for the Protection of Nature in Israel (SPNI) he will run daily ultra-marathons. Through desert, hills and valleys of Israel.

We can’t wait until he takes off! All through his record-breaking run we will keep you updated here and on the Source Facebook Page. Keep updated in Richard’s daily video-log and see how he goes for his next record. 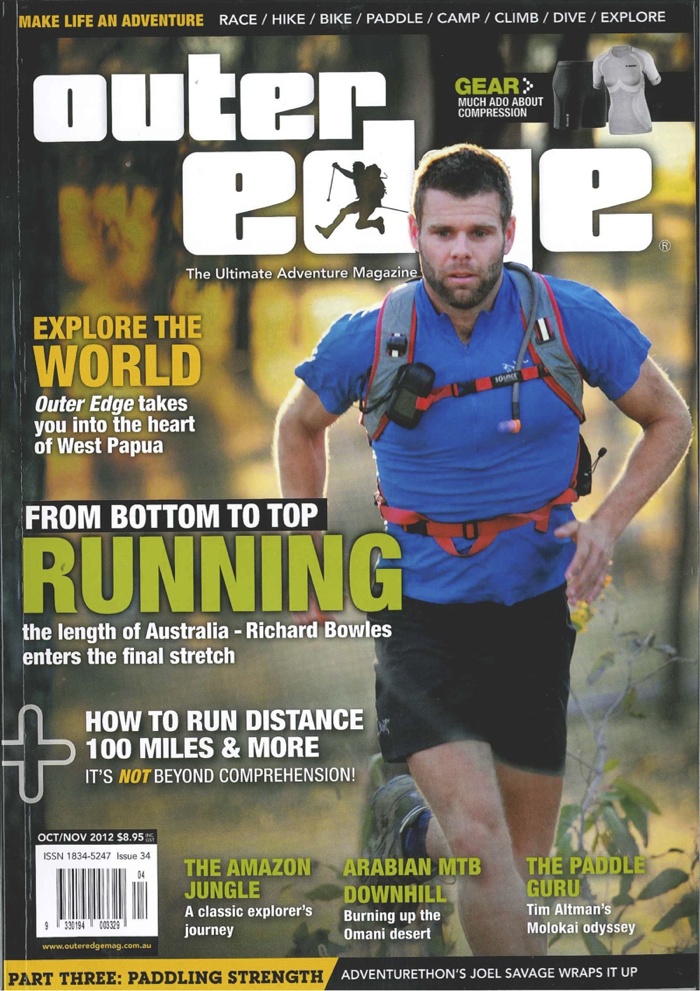 The magazine-cover that caught our attention: Richard Bowles in action wearing a Source Spinner Pro Race