Half-time is coming up for Richard Bowles in his ambitious 12-day / 1,009KM INT Run – and he’s more than a day behind schedule.  The Negev desert didn’t spare him anything. (See day-by-day reporting on Facebook.)

Typically for runners, the first part of the course is the easiest. But for Richard Bowles’ INT Run it might well be, that half way into the challenge, the roughest days are already behind him. For sure he hopes that is the case. Rock-climbing, fighting sand and rain in the air: The Negev desert wasn’t easy on him. 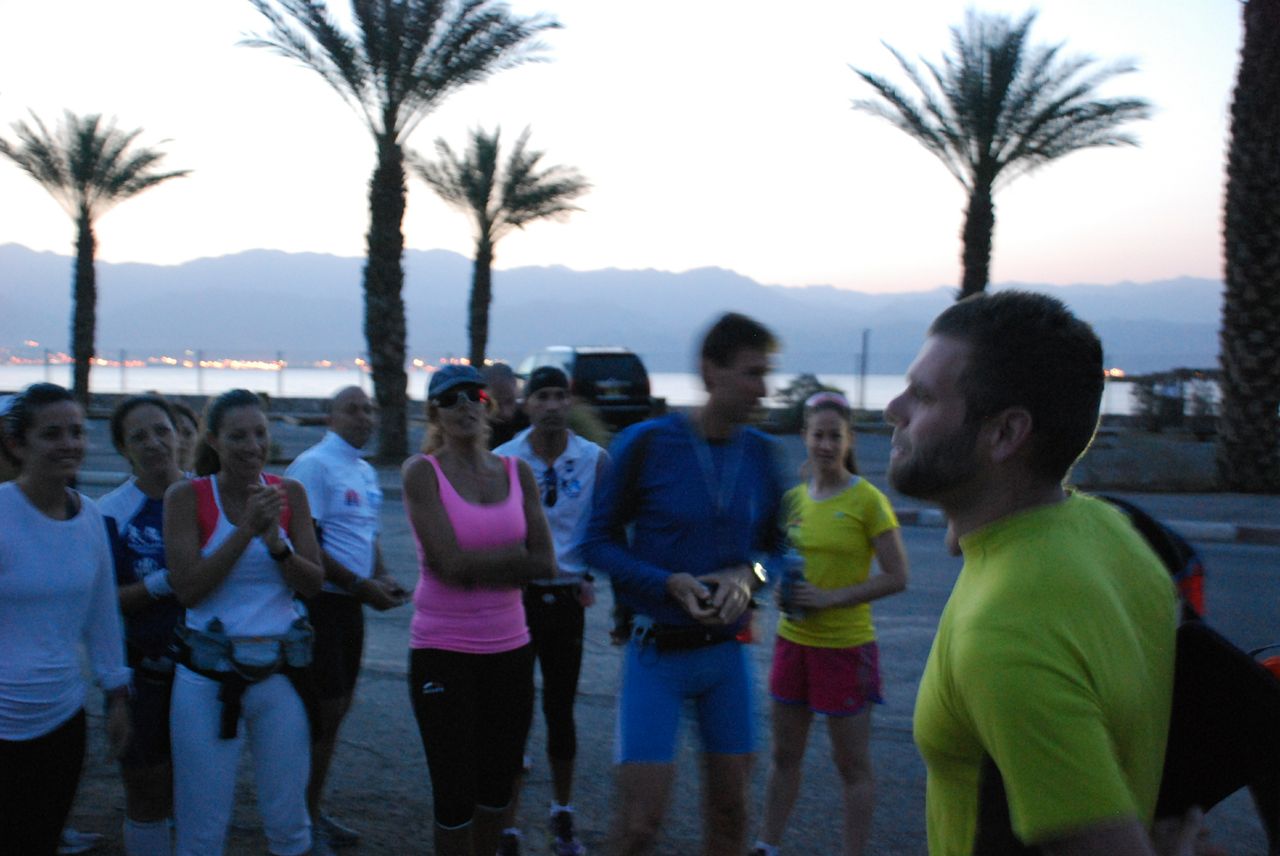 His planning proved too optimistic maybe. More than once, the waterbladder in his DUNE Hydration Pack was empty when he finally met his support-crew. 30KM planned turned into 40KM in reality… Instead of running, he spent most of the time rock climbing, going up and down, the terrain was hardly runnable. It wouldn’t be a true challenge, if it would be easy to plan and accomplish. 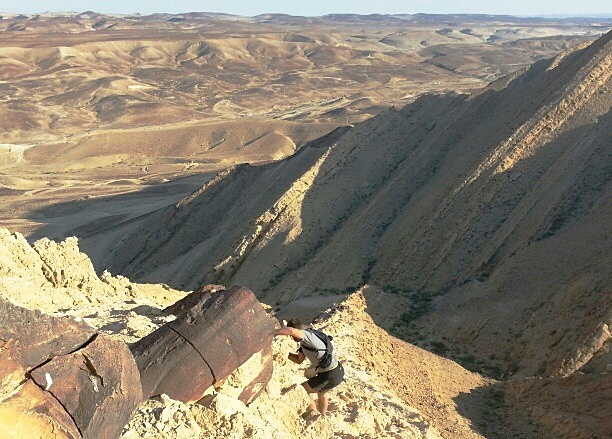 Richard had an amazing start in Eilat at sunrise of a beautiful April day. Local runners joined him for the first stretch and the first little uphill dune. It all looked so easy. Only three and four days later, and on his way through the vast Negev desert with its craters, wadis and mountains, the full “madness” of the undertaking started showing. 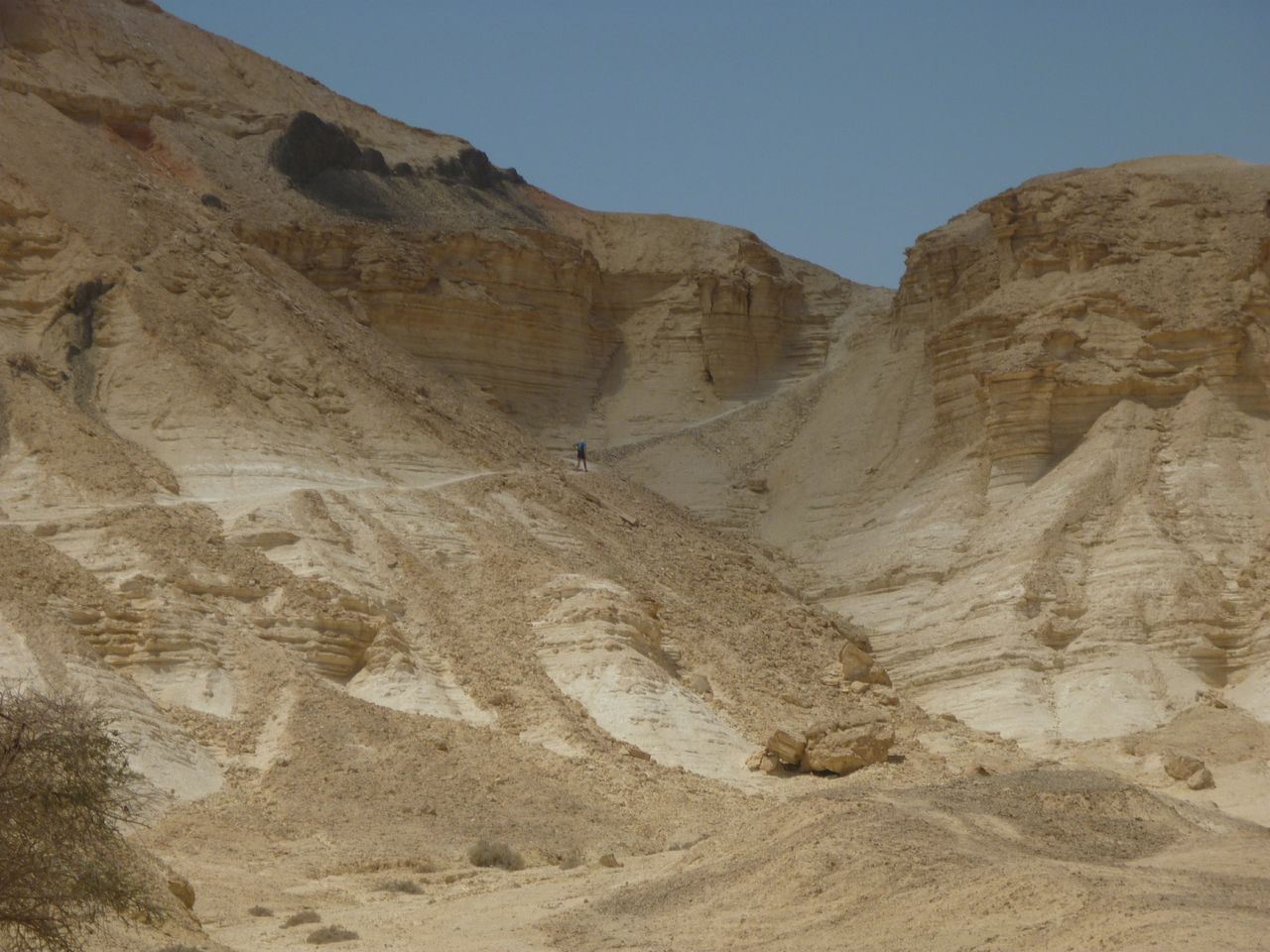 Steep climbing and heights are not Richard’s thing, as Vickie his girlfriend and partner reports. He obviously wants to run – but the Israel National Trail didn’t spare him. Climbing up the rocks of Barak Canyon or descending from the rim of the Makhdesh Ramon Crater at dusk … he had to push his limits. Vickie writes on Facebook: «This is the one that’s pushed Rich beyond his limits even more than running 5330km along Australia’s rugged BNT, or New Zealands trechorous Te Araroa…» 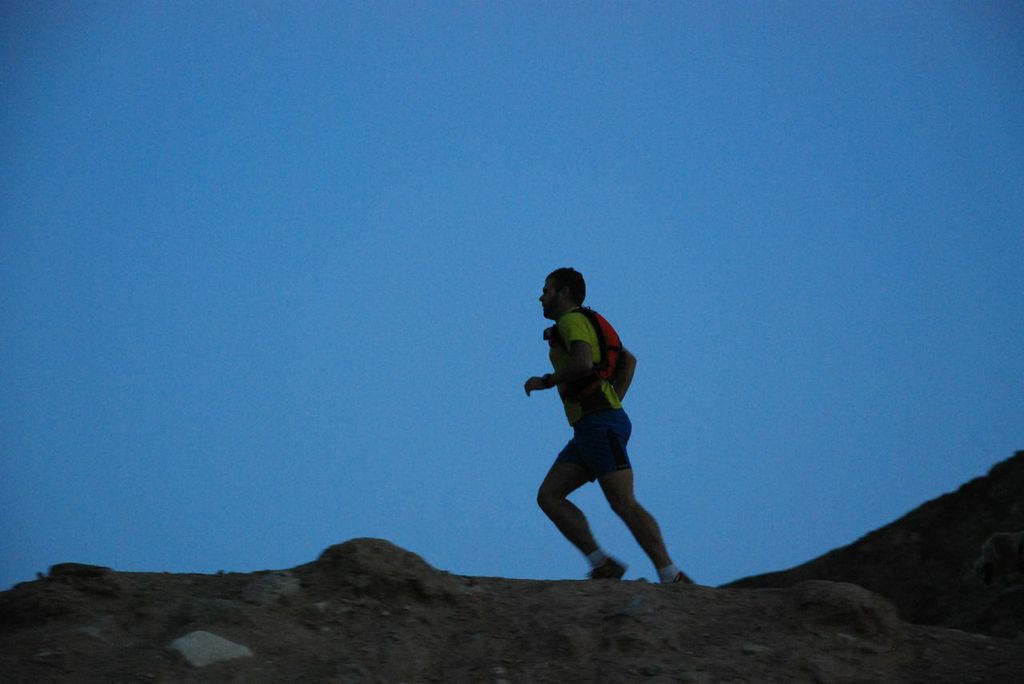 Richard at dawn starting his day ...

End of Day 4 Vickie blogs: «We all are exhausted, Richard is sore too, his face looks puffy, and I want to hold on to him and not let him leave again in the morning.» (Read the full blog) And it is only day 4 out of 12.

Half-time will mean no rest for Richard. But it gives him the perspective of leaving the desert behind. The trail will get easier – but due to the time he’s lost in the desert, the distances to cover are getting longer and longer. He’s not giving up the goal to do it in 12 days.

We will follow him and report here in the SOURCE Blog and on Facebook, where you have a chance to win personal coaching by Richard Bowles. Enter the draw by ‘liking’ SOURCE on Facebook. Good luck, Richard!