Richard Bowles is on his way. Ahead of him he has 1,009KM of rough trail, 12 days of running and an experience beyond our imagination. We’ll be right at his side and we’ll have daily pictures and videos on Facebook. Like our page and enter the draw for 2 months of online coaching by Richard Bowles!

Just a few days ago, Richard stepped off the plane from Australia. At his side, as always, Vickie his girlfriend and partner. Also, for this project, they brought along a professional film-team, attempting to catch Richard’s and everybody’s fascination with adventure and ultra-running.

Richard visiting SOURCE factory & offices before heading south. Enjoying the privilege of getting some details of his Spinner Hydration Pack customized.

After a visit to our SOURCE factory and offices, where he shared his experience and inputs with our product designers, he was on his way south to the starting line in Eilat. Wherever he had a chance, he checked out the landscape and tried to get a first impression of what he was up for. 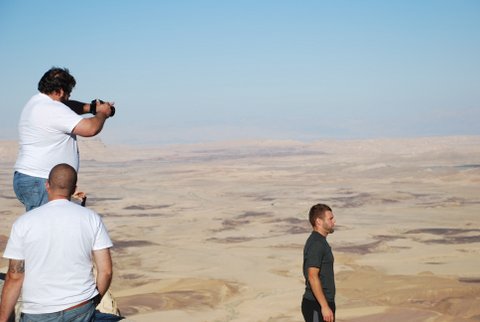 Richard and his film-crew overlooking the landscape ...

On time, Wednesday morning at sunrise, after giving a lecture in Eilat just the evening before, the months of preparation came to an end. The actual adventure started. 79KM only on the first day, that started with a steep climb, accompanied by 20 local runners of Eilat… All of us at SOURCE wish him the best of luck! 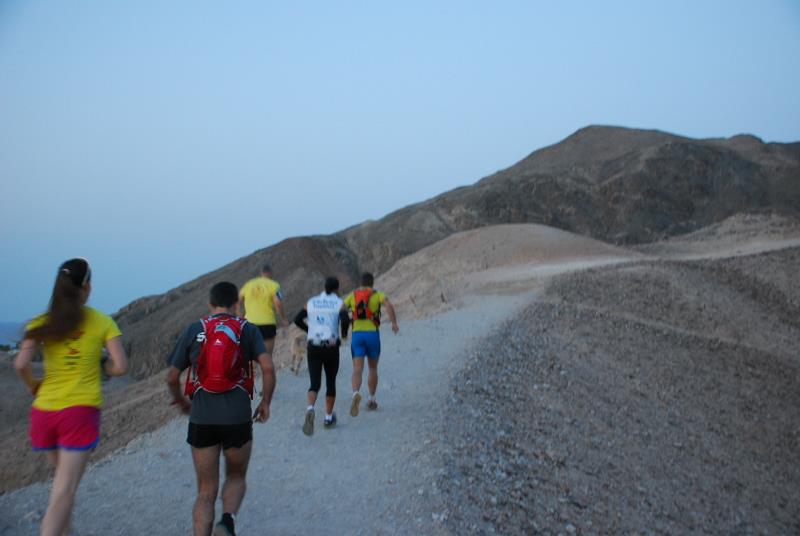 Find daily videos, more pictures and the complete INT Run map with daily sections on our Source Outdoor Facebook page. Like our page now and secure your chance to win personal coaching by ultra-runner Richard Bowles!