It was probably one of the toughest moments in Richard Bowles’ running career: The infection in his left foot literally forced him to his knees and he had to give up the 12-day challenge, running the 1,009 km Israel National Trail, setting a new record.

The medical out for Richard Bowles was a big blow – but not the end of the INT Run. If the recovery goes as planned, Richard will return after one week of resting to the trail. From Sunday, May 5, Richard will go for the 400 km of the trail through the northern part of Israel.

What Richard achieved is amazing anyways. The map and video below show the amazing terrain and long daily sections Richard covered. Mind you: climbing through wadis, craters and canyons. More pictures and videos of the first days on trail, are here in our Source Outdoor Blog INT Page and on our Source Outdoor Facebook page. 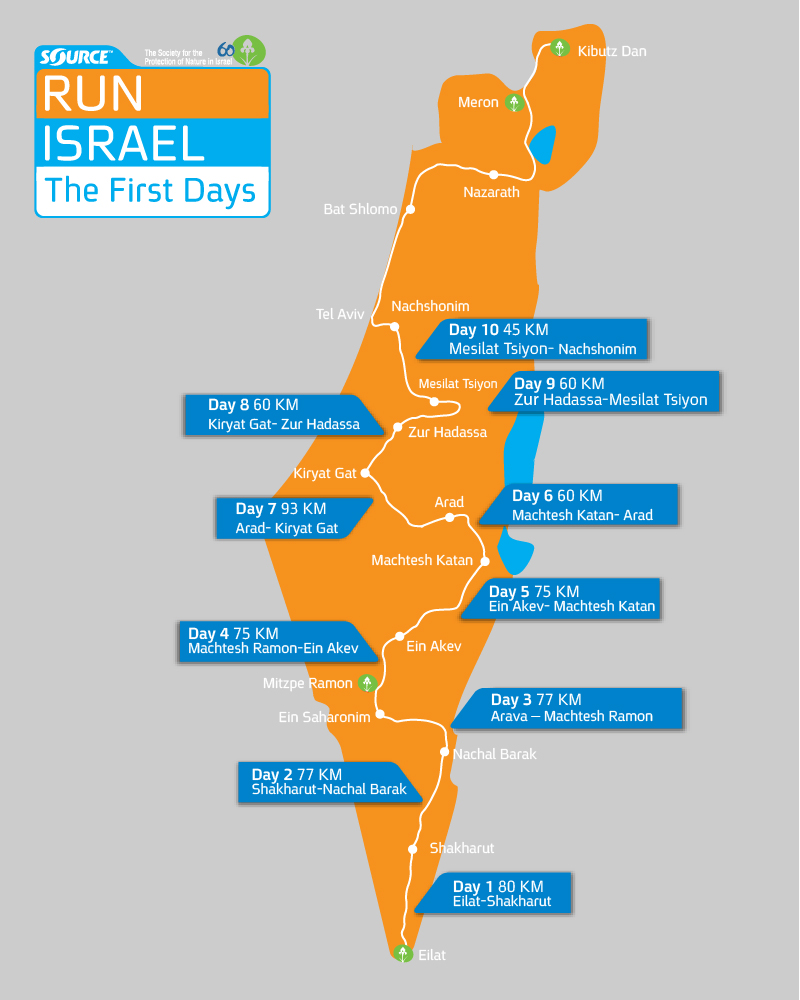