There have been several scientific studies and practical reports about the positive effect of Cupron copper oxide, embedded in SOURCE Socks and SOURCE Sandals. Now the effectiveness of Cupron fibers has also been officially assessed by the U.S. Environmental Protection Agency (EPA). 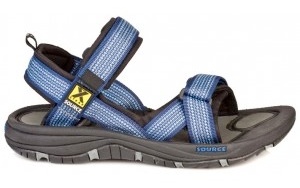 In awarding the Public Health Claim, the EPA found that Cupron’s copper-enhanced textile material can kill Trichophyton mentagrophytes, the active fungus in athlete’s foot, by more than 99.9% after 12 hours of contact with the fiber. “Fungal skin infections such as athlete’s foot are a common and irritating affliction, a condition that has been difficult to prevent and treat successfully,” said Alastair Monk, Cupron Director of Clinical and Scientific Affairs.

In order to submit these claims to the EPA, Cupron had to achieve a 100-percent pass rate at an independent testing facility under the highest laboratory standards. The samples were tested with simulated wear conditions, environmental conditions and cleaning protocols. They also had to maintain their efficacy after repeated exposure. 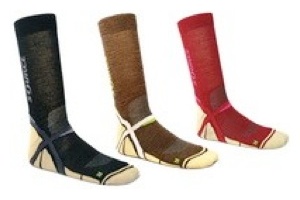 The positive effects of SOURCE Cupron Socks have been praised by consumers and top athletes since SOURCE went to market with Midweight, Lightweight and Heavyweight socks (discontinued in 2015). The effect of Cupron socks in terms of comfort, skin-condition and (little) smell, especially in difficult, humid conditions, has been confirmed in many report.

Also, we’ve had very positive feedback on the 2013 new generation SOURCE Sandals Gobi and Stream from customers confirming improved skin appearance after wearing the sandals. Try it for yourself!

More on this topic: