We are proud to support Roman Spivak, who is participating in the 100 km Sovev Emek race here in Israel this weekend, as part of his preparation for the Mont-Blanc Race next year. Roman had a tremendous year in terms of achievements in running and the different races he participated in. We asked him to share  the highlights of his past year with us. 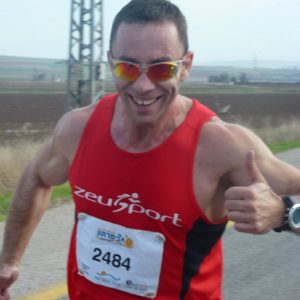 “I guess I’m getting ahead of myself, since the last race of the year is just around the corner. I don’t think I’ve ever been more focused. Far beyond the excitement, stress and expectations, beyond the fear that I have been practicing too little or too much.

I understand that a year like this will not repeat itself. Both in terms of the amount of events and in terms of the stress, intensity and pushing my personal limit. This has certainly been the year I completed the transition from a fitness coach that preferred running, to an ultra long distance runner who experienced the world of running in every breath.

Running for the benefit of others

This year commenced with a personal record at the Tiberias Marathon. I felt a need to participate in Tiberias after I had failed to reach the desired goal at the Amsterdam marathon two months earlier. After doubts and questions and some consultation with my colleague in the runner’s world KobyTzvila, I decided that I could achieve maximum capacity – even though I hadn’t yet finally recovered from Amsterdam. I’ll always remember Tiberias 2013 as the year of starting alongside my little brother Michael Spivak – a leading Jerusalem runner himself. We both succeeded and improved our personal records considerably.

A few weeks later I staged the 2nd “All-Night Run Tel Aviv” for the ILAN foundation (The Israeli Foundation for Handicapped Children). I ran in the streets of Tel Aviv and Ramat Gan from midnight until 6:00 am, passing Rabin Square every hour to take more people with me to join a unique running-experience and to demonstrate goodwill and dedication. For me it was 65 km in high gear. Again my brother joined me in several laps and helped me manage the event.

End of February I participated in my first official ultra race: The “Ultra Yoni in the Arava” (84 km). Running all night in the desert feels like running on the moon. Throughout the run I was escorted by my trusted friend and personal masseur Oleg Redayev on his bike with all my food and drink mounted on his back. This was my first experience in “mounted refueling”, meaning food and drink from a bikers backpack. From then on, SOURCE bladders and hydration carriers became a must in organizing my gear for ultra events. I won the race in slightly more than 8 hours.

In early April I ran the “Jerusalem to Sea” Race (Yam el Yam) – from the Jerusalem Biblical Zoo to the Daniel Rowing Center at the Tel Aviv port. 123 km that turned into 132 km because of navigational errors and poor track organization. I ran in the rain and mud at night and in blazing heat the next day. I finished the race in second place, after one of the champion iron men from Spain was 45 minutes ahead of me. I was 15:50 hours on my feet in all. 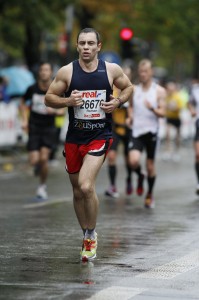 A 10K race for recovery

My fears that I could not recover from this long event and Koby’s provocation that now after I “walked in the moonlight” I couldn’t run fast, made me sign up for a quick 10km in Herzliya early May. 36:10 was the result, enough for me to know that I was refreshed and ready for the future. That was a personal record which came at an illogical time …

My desire to improve the quality of my running on slopes and ascents led me to attend a unique and particularly masochistic event: The “Ultra Everest” category at the “Haifa Steps Race”. About two weeks after Herzliya I found myself climbing up the 3 km stair passage from Paris Square to the Ha’em Garden and then down via the Karmelit subway to downtown Haifa and back again over and over for 18 hours. After 27 climbs I found myself standing on the podium smiling and exhausted.

… nothing prepared me for the Alps

Of course I was a little arrogant in my assessment at the end of June – after training on ascents and slopes that turned out to be inadequate, and after training with Nordic walking sticks (which also proved to be inadequate for me…) – I arrived loaded with equipment and accompanied by Oleg to southern Germany. The “Zugspitze 100 Ultra Race” was a dream destination for me: It follows an amazing 100 km mountain trail around the highest mountain range in Germany.

Unlike the Yoni Arava race, I carried my own SOURCE equipment and even the Germans were surprised by the effectiveness of the UTA (Universal Tube Adaptor), filling my reservoir with water at the stations without taking off my backpack. Nevertheless, I have to say, nothing prepared me for the difficulty of running in the Alps. I’ve never been that close to giving up a race, and the finish line for me was a real victory of mind over body. It took me a long time to recover from this event, physically and especially mentally. The accumulated efforts of this year were already present in my muscles and my spirit.

Despite all of this, I insisted on the second “Running Night” (this year on Mount Eitan) at the end of August. More than 50 fantastic runners arrived at the dark parking lot of Mount Eitan and took part in several laps of the eight planned during that night. Yours truly, by the way, stopped after “only” 7 laps to say goodbye and thank all the runners who contributed their energy and money to the event and the ILAN foundation.

Now, at this moment, while organizing my equipment for the 100 km “Round the Valley” race, while the intensity of all the above events still echo in my head, I realize I went beyond my limits this year to give my best in this last race. I also understand that beyond all my expectations of my own self I am first of all going to enjoy this. The entire journey is worthless without the knowledge that at any moment of pain, every crisis, physical or mental , every early rising or long and tedious run, lies the enjoyment and satisfaction of being the best version of myself and bringing myself to new places that allow me to be a better coach, better athlete and a better person.” 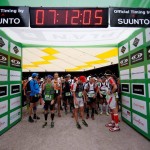 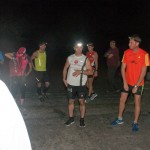 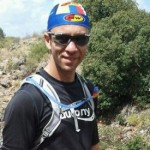 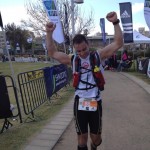 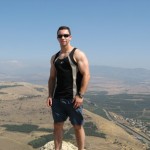 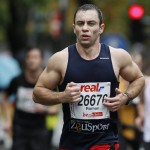