Meet Hannes Slavik, a modern day gladiator: He’s a leading athlete in the spectacular mountainbike 4-cross racing series, and he’s got a very impressive track-record in other mountainbike and BMX racing competitions as well – most recently down-malling in Prag. 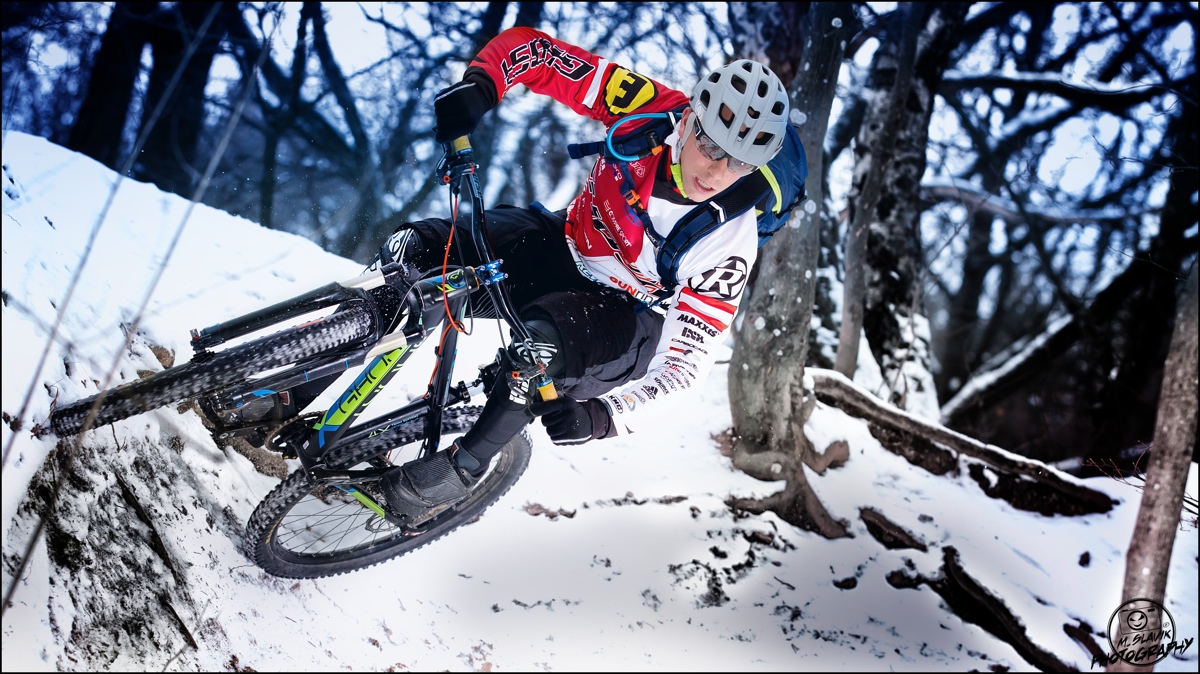 Competitive race biking doesn’t get any more spectacular than Fourcross. It’s four riders simultaneously darting down a DH like track with massive 14-meter-jumps, steep turns and banked corners. All head-to-head and wheel to wheel. Whoever gets to the finish line first and second advances to the next round. Hannes Slavik is one of the top 4x athletes in the world.

The Vienna based bike-athlete won everything on national level in Austria, his home-country, before going international with his career. First in BMX which is an Olympic sport since the Games of Beijing Then he picked up mountainbiking, racing Fourcross. 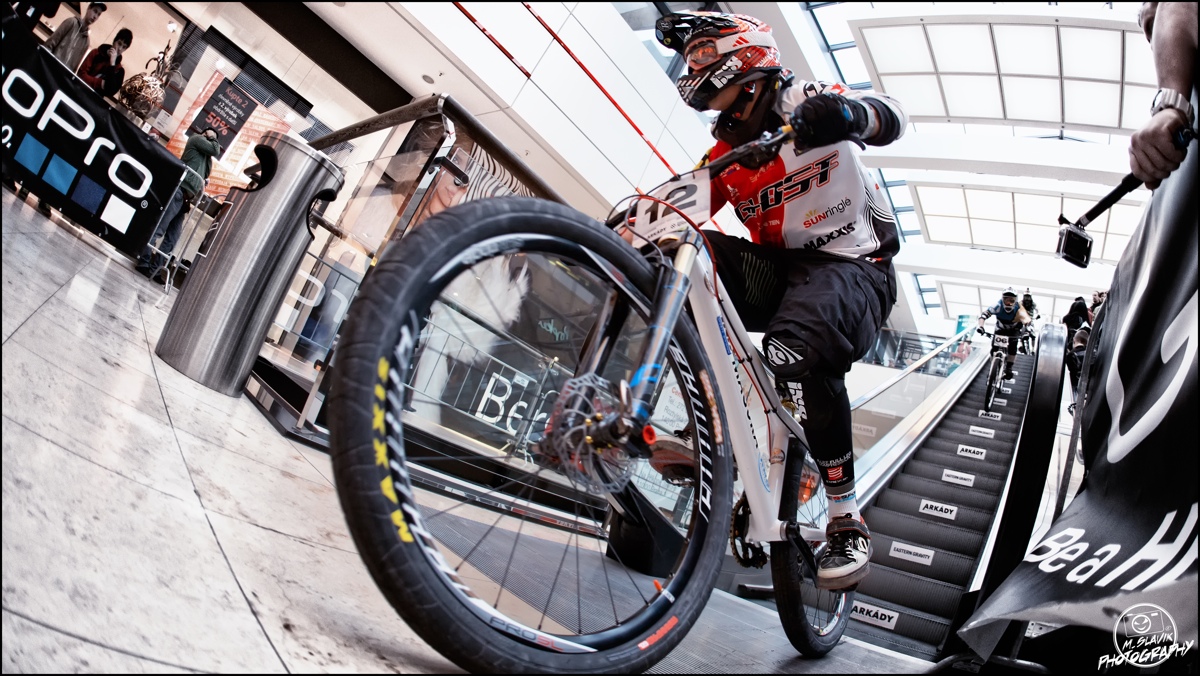 He’s definitely in touch with the showbusiness-end of the biking-world. Just now in January, he was invited to Prag for the down-mall race. Set in a big shopping mall, it’s a spectacular – and due to the slippery surface quite dangerous – race with ramps, jumps and banked corners (see the video on his Facebook page).

In his mindset though, he’s as serious an athlete as it gets. He’s enrolled at University for a Masters in Sports & Biology. He’s one of the coaches of the Austrian national BMX team. He’s a bike instructor, coaching kids and adults. And when the snow does get too deep (even for him) to bike his Vienna home turf, he exchanges the wheels for skis and snowboard and freelances as instructor in skiing & snowboarding.

This summer, his top priority is to get a serious go at Enduro races. We at SOURCE are very happy to work with him, support him with our Hydration Systems to get his feedback and his reports – and of course plenty of spectacular pictures and clips shot by his brother Markus Slavik.

We’ll keep you up to date on our Source Outdoor Facebook Page! 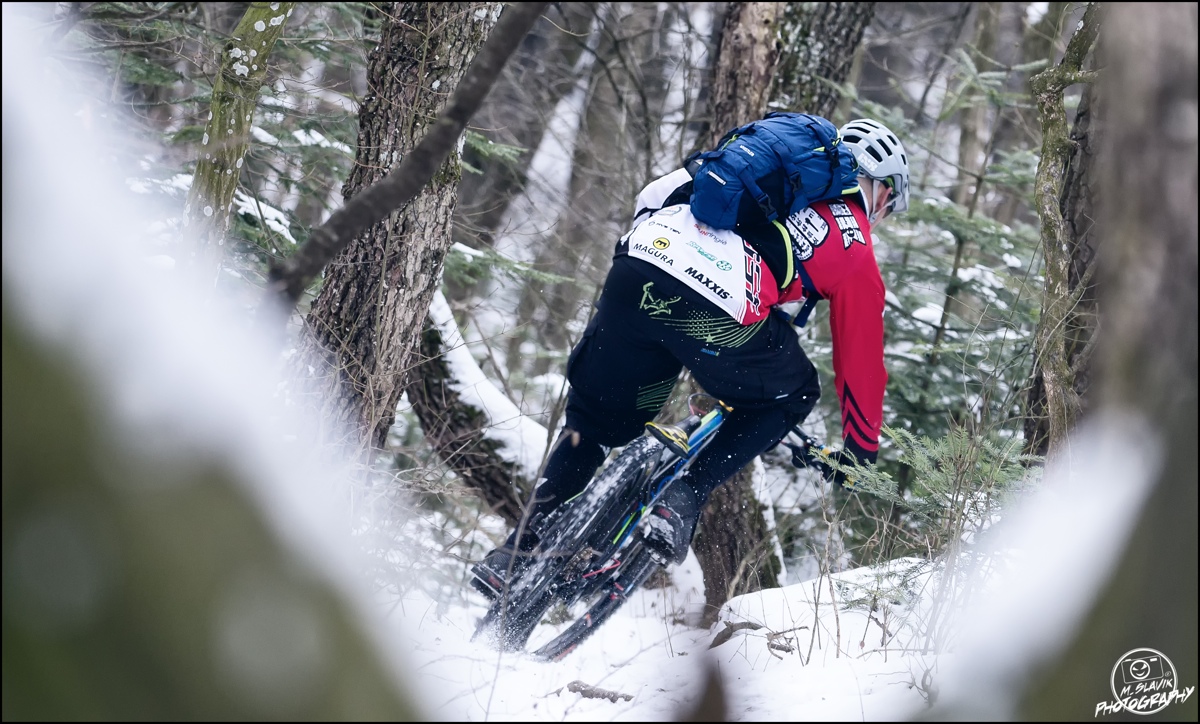