From next Sunday, SOURCE Athlete Richard Bowles is back on trail, pushing himself to succeed in another  mission impossible: two marathons a day (85km), for 14 consecutive days, along South Australia’s ancient backbone, the Heysen Trail.

Exactly one year after his Israel National Trail Run and two years after he ran The World’s Longest Marked Trail (5,330km National Trail, Australia) and New Zealand’s Te Araroa Trail (another 3,054km), we’re talking to Richard Bowles just days before the start to his next adventure.

Again, he’s looking at a lot of unknowns. The Heysen weather can be from rainy 9 °C to blazing hot 45 °C on the trail. All he knows for sure: He has 1200 km of rugged trail ahead of him. And, a typical casual Bowles quote: “I’ll be taking off sometime first thing Sunday morning.”

Follow Richard and learn more about his ‘happy hiding place’

What’s new this time around: we’ll be seeing more of Richard than in previous projects. One of his sponsors, Nixon Communications, makes sure his team is always ready to broadcast news and updates from the trail.

In our talk, Richard promised to tell us more about what’s going on in his head during the run. We’ll be seeing and hearing more from Richard during all these hours on the feet, the time, when he’s in his “private happy hiding place”, a mental retreat that helps him ignore and cover the pain and exhaustion.

Good luck, Richard! We’ll be following him here in our blog and on our Facebook Source Outdoor Page. 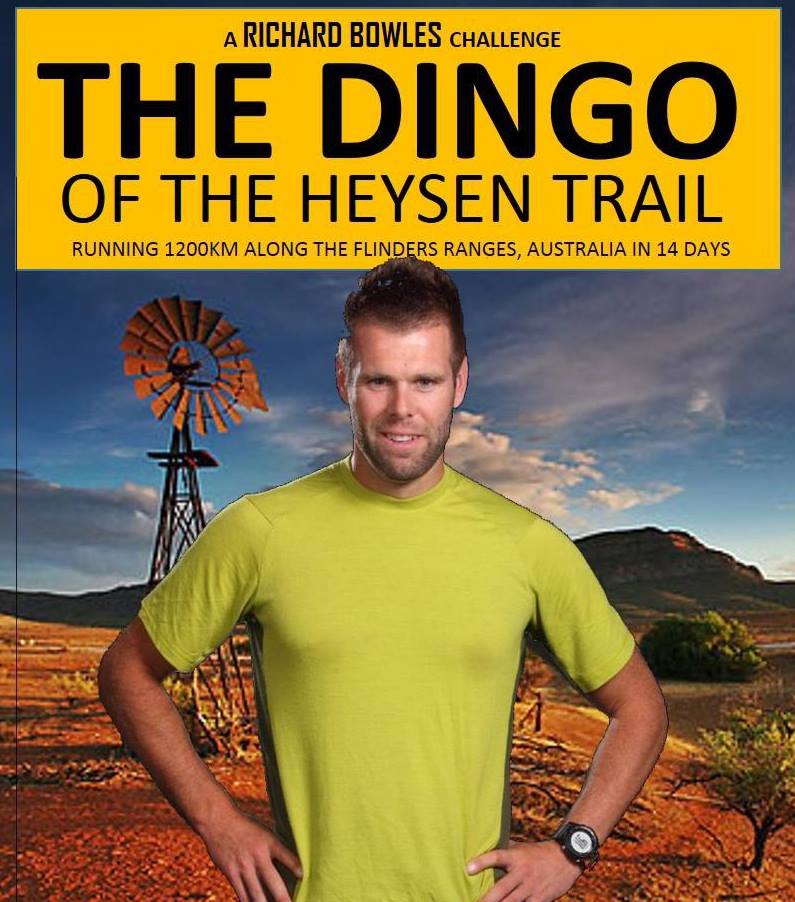 A bit about Richard Bowles

The “hybrid of Forrest Gump and Bear Grylls” is set to make history again along another of the world’s greatest trails, the 1,200 km long Heysen Trail in Australia. In 2012 he ran “The World’s Longest Marked Trail” (5,330km National Trail, Aus- tralia) where he crossed crocodile infested waters, encounter packs of wild dogs and had a shotgun pointed in his face by an angry farmer. He followed that with New Zealand’s Te Araroa Trail at another 3,054km; crossing both islands through avalanche zones, ice cold white water rap- ids and fickle weather that saw him tumble down a mountain side, both runs seeing him become the first to run the entire trail.

2013 saw him concur the dry and arid Israel National Trail at 1,009km while suffering with a foot infection in the desert. Followed by becoming the first to run around the base of an exploding volcano, in Northern Sumatra, with a shower of volcanic ash, closing out his year. In 2014 Richard will create another “World First” back on Australia soil; the adven- turous stories on route? Who knows what might happen in the Australian outback!