More and more mountain bikers are upgrading to SOURCE Hydration – and we’re very happy to welcome British downhill / enduro pro racer James Stock to the SOURCE family. Check out his intro and his 2016 season preview, and follow his Facebook and Instagram feed @jamesstock4 for pix and clips, spiced up with that famous blend of British humor.

We’ll be supporting James in his quest to conquer top spots in this year’s enduro world series. He’ll be racing the full race calendar – and more. What we’re especially looking forward to is his participation in the Trans Provence 6 day race. He’s a veteran in France, as he came in top spot previously in the adventurous invitation-only race. We’ll talk more about it here in the blog. For now he’s off on the trails getting ready for the season with his brand new DUNE and Hipster packs.

Hitting these tight berms was so fun, fantastic trail riding and starting to get used to my new bike and kit, feeling fast! Have a good weekend everybody… ? @nirbivas #mtb

“Previously to joining the Source family I’ve been involved with racing bikes since I was 12 years old and have a successful list of results from the downhill days. More recently, in the latter half of 2014 I’ve started to race the enduro style events which I’m really enjoying.”

“It’s been a good change for me and is keeping bike racing fresh and is giving me something new to learn. It’s really fun and it’s taking me to some amazing places where I’ve met some great people. 2015 was my first full season after gaining a 5th overall at my debut Trans Provence event in the end of 2014.

“Rounding out 2015, I was particularly happy to have a 36th place finish at the French round of the Enduro World Series and also to finish 5th overall in the UK Gravity Enduro Series.

“For now, I’m training hard and enjoying my riding. When I’m not on Instagram I like to go out and explore those trails that are a bit off the beaten track, grab a bag full of food, water and tools then head out all day long, it’s great!

“2016 is pretty full on with what I’ve planned and I can’t wait. I’m focussing on the full enduro World Series and going to Chile and Argentina in March is going to be an amazing experience both on and off the bike.

“I’m hoping to be a regular face in the top 30 this year and most of all have fun and savour the experiences that come with it. Il also be attending the Trans Provence 6 day adventure race and some rounds of the British enduro series.

“For the cherry on top of an exciting race season, I think some of the film projects I have planned are going to be awesome so keep your eyes peeled for them!” 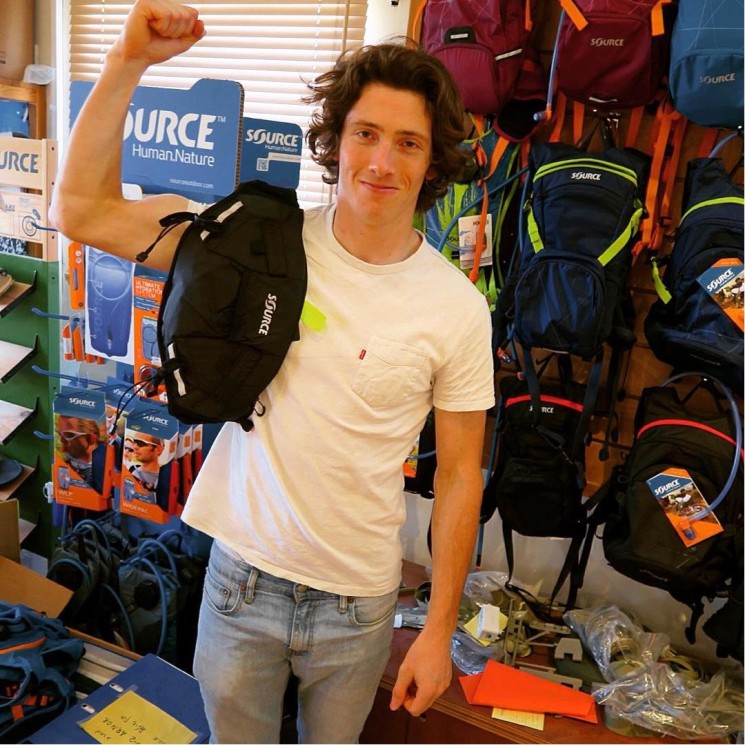 A day at SOURCE HQ to pick up 2016 Hydration