We asked Simon Billeau, Triathlete, Publisher and Editor of the Trimax magazine to share his insights on triathletes’ hydration – in practice and race scenario.

Ironman is one of the toughest endurance sports ever – especially when the venue is Kona island, Hawaii. The warm and very humid weather makes the 226k race a challenge for the triathlete body. No wonder the triathlete community is very well aware of the importance of hydration. Simon Billeau sheds some lights on the how-to’s of hydration in triathlon.

Recently, we see more athletes than in the past using a hydration backpack like some Pros in Hawaii (Lionel Sanders). 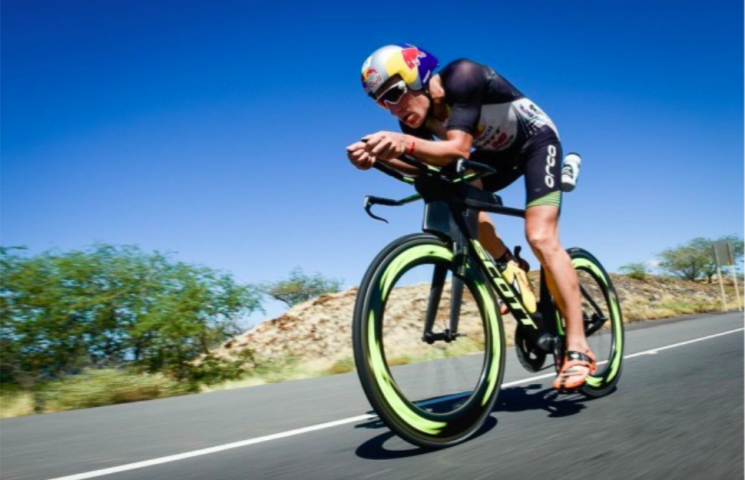 Sébastian Kienle with his Scott bike and integrated BTA and bottle behind his saddle.

“Recently, we see more athletes than in the past using a hydration backpack. Triathletes traditionally carry on their bikes a few bottles with energy drink and electrolytes. They also carry a hydration belt during the marathon. There are many aid stations during the 180k ride and the marathon, so they can catch a bottle to replace it or to fill their BTA (Between The Arm bottle), gels, bars & fruits.”

“But there is a few interesting points for the use of backpack, especially when the pack is worn under the trisuit. First of all: it’s an aerodynamic advantage in comparison to any bottle. Secondly: in a hydration pack, you can add more liquid than in a 750ml bottle which allows you to have your own energy drink for the entire course (instead of the one provided by the organizer).”

The Dune 1.5L backpack and the Hipster Hydration Belt are on top of the world in their category. I’m using them a lot during training.

Lionel Sanders at Hawaii wearing a hydration backpack underneath his trisuit.

“A third major advantage of a hydration pack is safety: As the drinking valve can be parked close to your mouth, you can nearly drink without using your hand for a sip… And especially in windy conditions, it’s better to have both hands on the handlebar. Also, triathlon professionals that avoid stops at all costs like to carry the solid food they want to intake.”

There is no good result without an optimal training.

“All in all, nutrition and hydration are key factors in a triathlon. Training for hours with only a small intake of carbs can be smart, if it’s well programmed. It allows the body to learn how to use more fat than carbs as an energy substrate. But most of training has to be done with enough carbs and liquids. And it’s wise to try different strategy during training.”

“I’ve recently tested 2 products from Source and I’m very impressed by the attention to details. The Dune 1.5L backpack and the Hipster Hydration Belt are on top of the world in their category. I’m using them a lot during training. It became a necessary tool for my training!”