Ultra-Endurance-Runner Roman Spivak lives his passion. He has been racing Ultras in Europe and the Middle East, building up for years to his ultimate ultra, to date, the Ultra Trail Du Mont Blanc. He stopped by at our SOURCE Hydration factory to pick up his prototype SOURCE Hydration Ultra-Running gear before take-off to France. We took the chance for a few questions.

Beyond The Reasonable And Possible

“If they test me for doping after the race, i feel honored,” says Roman Spivak, Ultra Runner and SOURCE Hydration Athlete, days before he’s taking off to finally live his most ambitious dream yet, the Ultra Trail Du Mont Blanc. The UTMB is the kind of race, where humankind is pushing the physical limits to such an extreme that it seems virtually impossible to master it without doping. Therein lies the challenge. And that’s how to understand what Spivak meant to say: if the race organizers will be looking for illegal substances in his blood, it means he made the impossible possible, means he pushed himself to that world, where a rational explanation is hard to come by. That’s what he does. 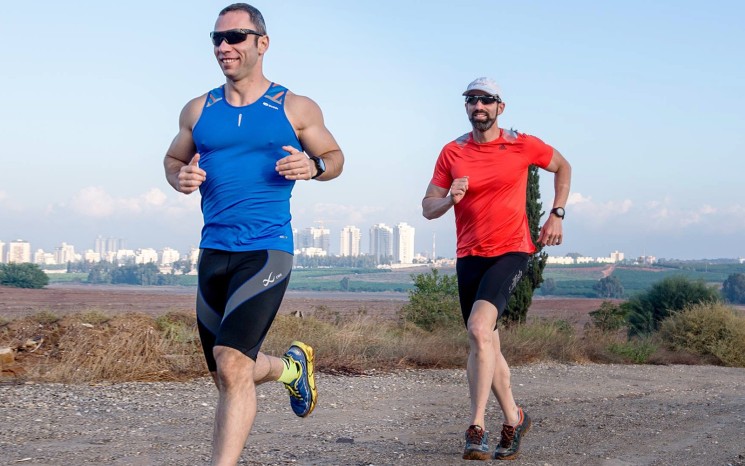 Living The Dream – Some Would Call It A Nightmare

Some might call Roman’s dream a nightmare. The UTMB is one of the 5 world’s hardest and most famous Ultra-Trail-Races, consisting of 171 km on trails around the iconic Mont Blanc summit in the Alps, with 10,200 m of elevation gain – meaning 10 km vertical in 170 km of trail. To prepare for the high altitude of the race (1,100 to 2,600 meters above sea level), Roman ran on the treadmill only with an oxygen mask, for hours, simulating 2,000 meters, to push his oxygen capacity.

“But,” he adds “the purely physical part is not what’s going to make a difference in the race. It’s the technical skills.” Running downhill, exhausted and tired, is where the pro’s make the meaningful gains over less experienced runners. “Running down a mountain trail, with all the rocks and obstacles, it’s like boxing against somebody constantly throwing punches at you.” It’s all about getting downhill as fast as possible without falling.

“I will sprain my ankle again, I don’t care” – the only scenarios he can see himself stopping and giving up the race, is either a broken bone in his legs, or failing kidney or other vital organs. He talks about it matter of factly – expecting a scenario like that is part of the planning process. An ultra-runner needs to recognize a failing kidney, and he needs to know what to do about it, before it’s too late.

The fast downhill parts is also where the SOURCE advantage comes in: The Hipster Hydration Belt for example keeps the runner’s center of gravity low, making it much easier to balance and keep moving (as Roman told us in a previous chat we had about the Hipster). Roman set a 100 Mile Ultra Race-Record with the Hipster. But for the UTMB he will not compete with the belt, because the mandatory equipment (rain jacket, pants, changing clothes, first aid kit, hats, poles, next to hydration and energy) requires more cargo space. He will be carrying a new SOURCE Hydration prototype, developed in the last 12 months for Ultra Running, for this event.

“My personal limit is to keep going for 35 hours without sleep,” Roman says. He knows about all the problems, the weaknesses of his body, the weakness of his mind also. With body and brain he eventually accesses another state of being. “After 50 km, the brain slows down.” While it’s hard to imagine what that really means, it is obvious he needs all the experience from his many Ultra-Trail-Races to keep functioning without putting himself and others into deadly danger – it is the alps after all, and there is more to lose than ‘just’ a race. 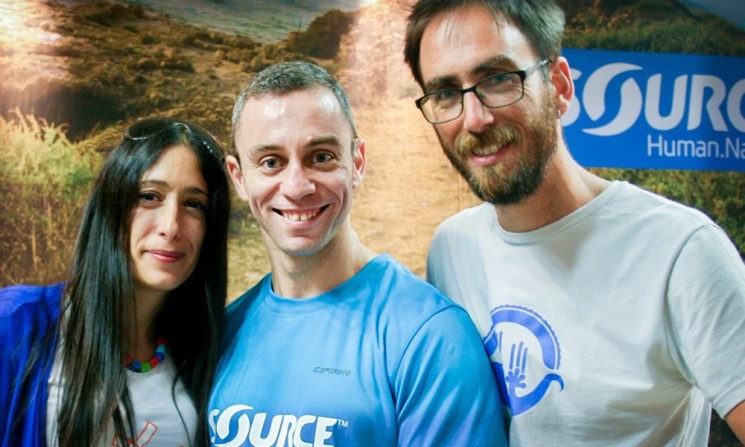 And Then Another Kind Of Dream …

Roman has memorized the trail, the pit-stops every 10-15 km, every elevation. His immediate dream is to get in at a time that puts him in the first 100 finishers, roughly a time below 30 hours. Last years’ winners made it at times around 21 hours. His vision for getting to the finish-line: his fiancée waiting with a huge steak and a beer to refuel the 15,000 calories that he burns in the mountain trails. And then it’s off to his next dream: their wedding in October. And what about the next race? There’s always a next race. For example the ‘Hard Rock 100’, the toughest race in the world, where competitors need the certificate of the UTMB finisher to get in … We at SOURCE, everybody in the team, wish him all the best of luck!