What a breakthrough year Noga Korem had in 2017! The podium in the EWS race in Portugal early in the season, highest ranking privateer at the end of the year, and then she scored the ‘Breakthrough Rider of the Year’ title… Of course she received offers to join a team for 2018. As her long-time hydration and packs partner, SOURCE is proud and happy to continue working with Noga. 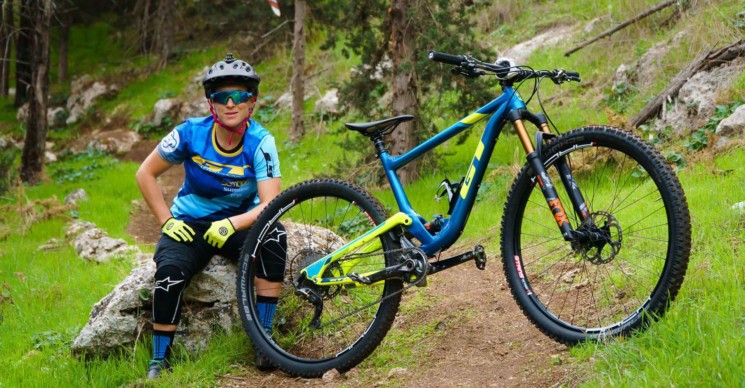 2017 started with a big surprise: Noga raced to a top tier ranking in her first EWS race. “I thought i just got lucky,” she says. But what looked like a surprise ranking was actually just a taste of what was to come during the season. In the second EWS race in Portugal she stormed the podium with a 2nd place, and in the end of the year Enduro World Series ranking she left off in 7th place as the highest ranking privateer rider (privateer meaning rider without a team of mechanics and supporters). 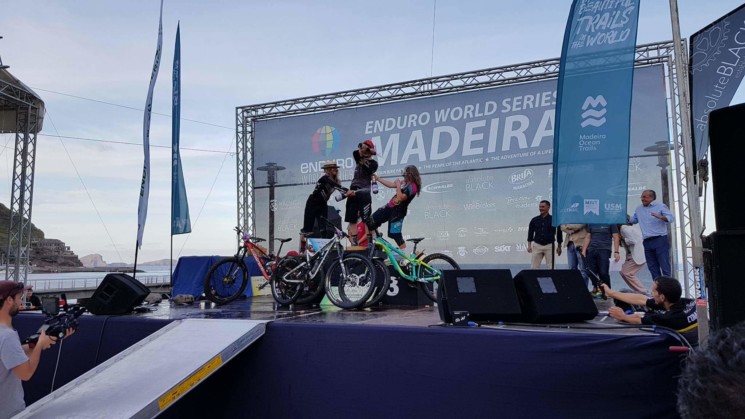 Winning a title with a broken hand …

The last title of the year she even won with a broken hand: In the training stages for the final race 2017 in Italy she fractured her hand, stayed around anyways for the season-end gala after the race – and was awarded the first “Breakthrough of the Year” title. The next headline was even better: Noga would race 2018 with the GT Factory Team, as one of 5 GT riders on the tour.

Looking forward to a different kind of season

Back from the first GT Factory Team camp in January in Italy, she’s now looking forward to the 2018 season: “Last year I was all over the place, I had to fix my bike, I had to get the logistics right … this year I can focus on racing.” The conditions are different, with the support from GT obviously, and working with a new coach, her long time racing buddy Natalie Schneitter from Switzerland supporting her preparation and training. 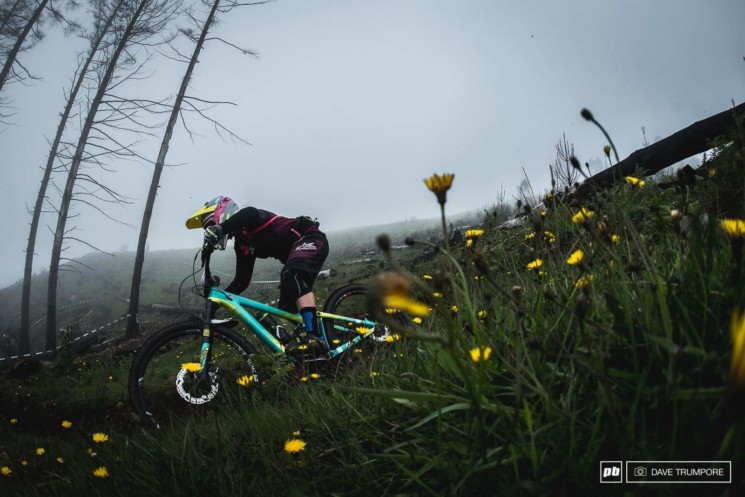 It’s not going to get easier

The benchmark for Noga is set: At least one podium in the EWS and a top 5 position end of the year. But Noga is not the only rider that will up the stakes in women’s Enduro, as racing-teams are more and more invested in women’s racing, and all of the top 10 or even top 15 riders from 2017 have been picked up by a team. Meaning: it won’t get easier for Noga to score big.

We are proud to keep working with her, supplying her favorite pack the Hipster Hydration Belt, and this year also our Widepac Hydration Bladders for her team’s racing vest. We’re looking forward to many more exciting news and we’ll be following Noga here in our blog!