Supporting the Rootstock Adventure Racing Team is one of our longest running partnerships. In part because the team’s challenge in adventure racing is similar to our challenge: It’s not only about physical strength – it’s about being smart. It’s about finding the best way to get from A to B. Here’s a look back at their successful 2018 season, inspiring as ever. 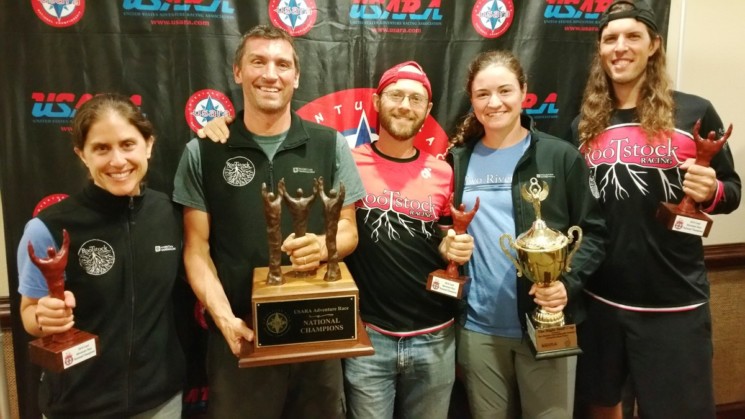 “During the 2018 racing season, Rootstock Racing raced in a wide range of events across the globe. We began the year Down Under, competing in the six-day non-stop expedition race, XPD. This year’s edition of the famed multi-day adventure race was staged in the northeast corner of the wild island of Tasmania, and the mountains, beaches, trails, diverse woodlands, and wildlife of this remote corner of the world did not disappoint.

Neither did the four-day expedition race that saw us racing from the mountains of Maine to the Atlantic coast. Untamed New England always provides an epic multi-day journey through the wilds of New England, and we took on some epic paddling on tidal rivers and inland waterways that meander through the mountains and foothills of America’s northeast.

… and onward to National US Championship

We went into the 2018 season with lofty goals, but our accomplishments surpassed what we realistically expected, and as always, we know that our success is in large part thanks to our amazing and loyal sponsors and supporters.

We couldn’t do what we do without products like those produced by SOURCE, and we thank them for helping us make 2018 our best season of Adventure Racing thus far (read on: Racing With SOURCE Hydration Packs – Gear Report >>). Here is to a successful 2019!