Our unique hydration technology was a quantum leap in hydration systems: providing a clean, healthy, easily accessible source of hydration for people on the move. SOURCE is one of the first makers of hydration reservoirs and today a leading company in the field of personal hydration. Adventurers, professional athletes, soldiers and truly anyone that enjoys the outdoors enjoy the many advantages of Source Hydration Technology.

In July 1993, we took the first steps into the field of hydration technology. The first product was a simple canteen called “Flexiflask“, without drinking tube or valve – but already made from the polymer Glass-Like™ film, which makes the surface of the container smooth as glass. Until this day, the Glass-Like™ is part of the Source Hydration Technology, with a uniquely registered patent in the name of SOURCE.

In the following years, Source worked together with the Plastopil factory of Kibbutz Hazorea which also produced the milk-bags for the dairy company Tnufa. Inspired by those milk-bags, Source developed bladders featuring today’s Grunge Guard technology. Grunge Guard is a anti-microbial agent, which inhibits the growth of bacteria inside the hydration system.

After a decade of development, the introduction of the Widepac™ in 2001 was a major milestone in the development of hydration systems. The Widepac™ bladder features a wide slide opening, which enables quick filling and emptying of the bladder and allows for fast and complete drying. 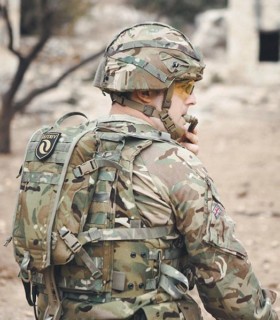 2005: US Marine Corps Use Source Bladders

In 2005, Source won the tender to supply the prestigious US Marine Corps with the Source hydration system. Over the following six years, more than half a million 3 liter hydration bladders were delivered to the US military. One of the Source hydration packs worn by a US soldier even starred in a historical photo taken in Baghdad, minutes before the statue of Saddam Hussein was brought down.

In 2006, Source won the IDF tender to supply hydration systems to the Israeli army – to this day, every IDF combat soldier relies on his Source hydration system in the field. The nickname “Shluker” soon became a generic name for the bladders in Hebrew.

Today, SOURCE Hydration Systems feature a number of unique technologies and properties that make them easy to handle and keep clean – in short: a winner with all users worldwide.

Our GrungeGuard™-Technology inhibits bacteria growth on the reservoir and drinking tube for the life of the system. The technology utilizes FDA-approved and EPA-registered anti-microbial agent.

Source’s Glass-Like™ Film is 2000% smoother than standard TPU films, with virtually no difference from glass itself. This multi-layer Polyethylene film, manufactured in accordance with SOURCE’s Glass-Like™ technology, prevents bio-film build up, making the system virtually self-cleaning.

Glass-Like™ technology combined with Grunge-Guard™ technology represents a new generation in hydration systems, in which cleaning is no longer an issue! Simply refill with water and drink again and again without special care. Water will remain fresh for days and even weeks.

On SourceOutdoor.com you can find our Source Hydration Systems in all shapes and sizes for biking and hiking, hipbelt or backpack, for kids and grown-ups, for professionals and amateurs – whatever your choice is, your bladder will feature the unique Source Hydration Technologies, which makes it your reliable and trustworthy partner wherever you go. 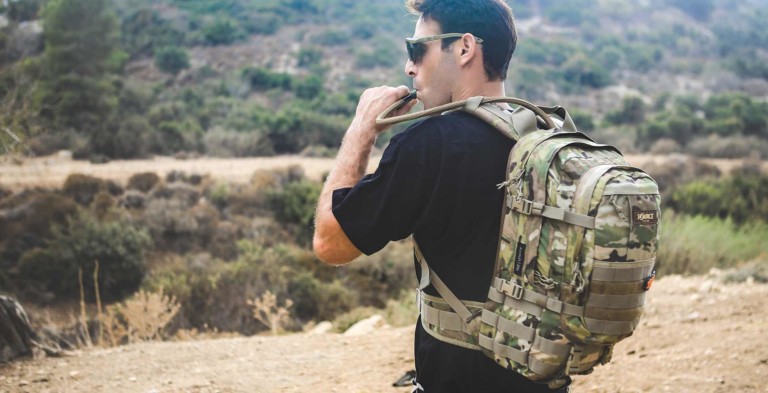