Markus Stitz is one of THE bikepackers out there in the world, and he’s seen it all (you would think), as he’s rounded the planet on a single-speed bike all by himself. We are proud to say he counts on SOURCE Hydration and packs for some years now (see what he packs in his Hipster Hydration Belt).

We had a chat with Markus Stitz aka @reizkultur about his latest adventure, the Silk Road Mountain Race (SRMR). There was so much to talk about we split it into 3 blogposts, read about how to prepare for a bike trip like that, and in the third post about his experience with SOURCE Widepac Filter Hydration System in the bike race. 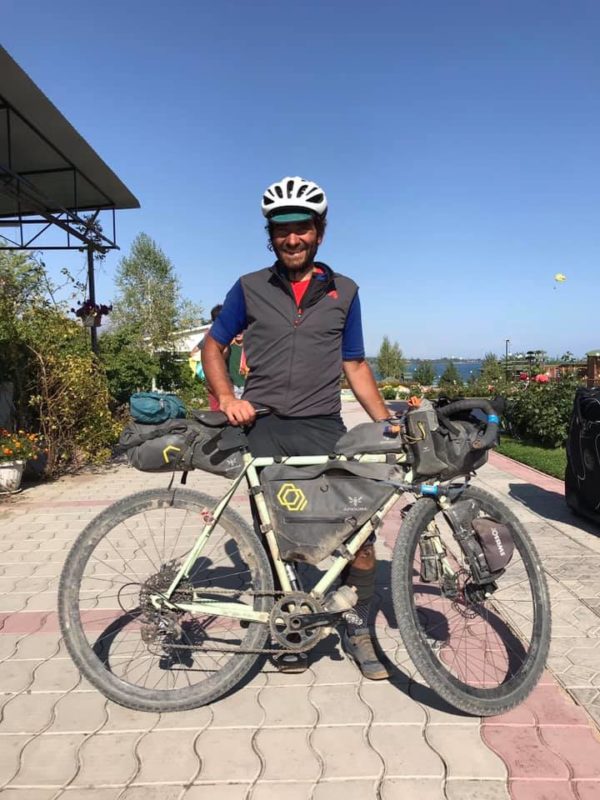 Markus, good to have you back – it looked like quite a tough one. How does this race compare to other challenges you’ve mastered?

Two words describe the SRMR – brutal and beautiful. It was definitely the hardest race I have done so far, and it was up there with cycling the world on a singlespeed bike in terms of challenges.

I found Kyrgyzstan reminded me a lot of my up bring in East Germany, so it wasn’t just the mountains, amazing people and camaraderie I take away from this, but also the desire to dig deeper into my roots again. Riding at high altitude and the food situation made this the most challenging race I have entered so far, and I don’t think there’s much beyond the SRMR in terms of hard races.

I changed my strategy after I got heat stroke and was nearly finished. I had to sleep more and stop more often and used this as an opportunity to document the race in pictures. A great idea! 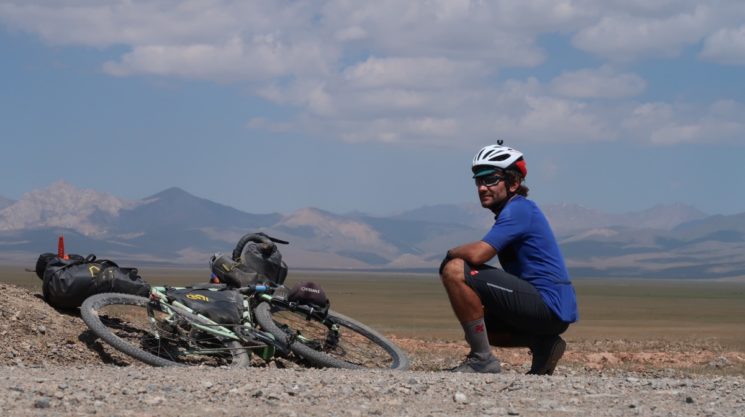 Anything you would have done differently going back now?

Not really. While others cycled pretty much the full route as a race, I opted not to. Instead I chose to discover other passes not included in the race. In hindsight I could have finished it faster – but for me this was an adventure more than a race.

What did you NOT expect, what was the biggest surprise?

Bikepacking for me is about expecting the unexpected. In Kyrgyzstan I didn’t expect that the trip would feel like travelling back in time – especially since I did a more leisurely tour of the country and filming for a documentary in the two weeks leading up to the race. I grew up in East Germany, the Western frontier of the Soviet Union until the wall came down 30 years ago.

Cycling out of Bishkek all of the sudden all those memories of my childhood in a communist country came back, and thankfully a bit of my Russian, which I learned at school from the age of 10 (longer than English). The biggest surprise was how much Germany has moved on since 30 years, and Kyrgyzstan has somehow been stuck in those days.

I was expecting to be here for mountains and bikepacking, but the unexpected history lesson was an interesting side aspect of my time on the Silk Road. 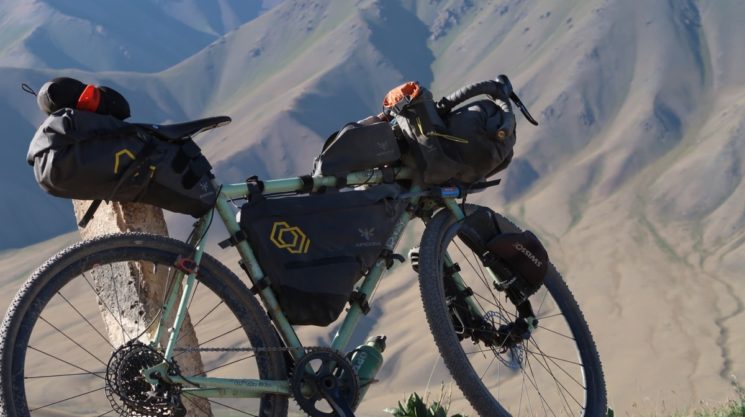 Where to now? What’s your next challenge?

For now I am taking my time to digest my experience. I am doing two talks in Edinburgh about all adventures I have been on in the last two years, and Kyrgyzstan will feature heavily in this.

I am still waiting for the feeling in my toes to return, and as soon as that’s happening, I will start riding again. I had a number of times when my shoulder dislocated, so I will get an operation and will hopefully return two months after that, in time for a trip through Arctic Norway in winter.

I am working on a few features and a documentary about the four weeks for Aussie Grit and Yellow Jersey, who helped me getting to Kyrgyzstan. Personally I have caught the race bug again, and will look into other challenges for 2020.

I am also working on my own event together with Charlie Hobbs, a good friend of mine, which is much more civilised than the SRMR. Called Dirt Dash we will hold the first event in Dunoon coming up now, and another one in Dorset in May 2020, and I am scouting for other places as well. And there’s always Bikepacking Scotland, which I have founded in 2017 to create new bikepacking routes…

Ok ok, we see it’s not like you think you’re done now, that you’ve raced the toughest race out there. Always looking for new challenges. We’re looking forward to hearing more from you. All the best and thank you for the inspiring stories!

Thanks to Source for supporting me!